These cards are often said to be the final courtesy of a contact, and indeed many millions of QSL cards are exchanged each year.

Whilst QSL cards can provide a proof for operating awards of a contact with a particular country or area, they are also interesting to collect as they will have come from many people, often from distant lands or islands where few people live.

What is a QSL card?

The term QSL comes from the radio "Q" code meaning "I confirm reception", and purpose of a QSL card is to confirm a contact. The cards themselves are normally post card sized, many being colourful and very attractive. Quite a few have photographs of the ham radio station, the operator or the area in which he lives, and this makes them very interesting.

The idea for the QSL card dates back to the time when the first long distance amateur radio or ham radio contacts were being made on the short wave bands. Initially the ham radio stations exchanged letters to confirm a contact, but the idea for a pre-printed card soon arose. It is not certain which was the first QSL card, or the first station to use them, but the idea soon caught on.

Today ham radio operators send QSL cards for a variety of reasons. It is interesting to collect them. Having made contact with a particular ham radio station it is often nice to have a card from them to remember the contact. It may be a particularly interesting contact, or one with a rare country where few ham radio operators are active. It may even be with a famous personality as there are a number of famous people around the globe who hold amateur radio licenses. In addition to this the cards can displayed in the radio shack. Being colourful and interesting they can brighten up any ham radio shack. 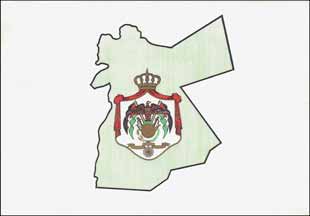 The front and back of a QSL card from King Husssein of Jordan, JY1

Cards are also required when applying for some ham radio awards. One of the most famous awards is DXCC (DX Century Club). It is issued by the American Radio Relay League for submitting proof of making contacts with a hundred countries. Endorsements can be issued for making contacts with further countries. Naturally QSL cards are normally used as proof of making the contacts.

A QSL card should contain sufficient information to confirm a ham radio contact. Normally the card is pre-printed with the call sign of the originating ham radio station placed prominently on it. In addition to this the ham radio QSL card should have a number of other details. These include:

Format of a basic QSL card

Many people send QSL cards. Although they are not nearly as widely used, they are still useful and also attractive to collect;

Collecting QSL cards can be an interesting addition to the hobby of amateur radio. Cards from distant corners of the earth can be attractive and interesting. Not only do they brighten up the shack, but they can act as an encouragement to hear or contact some more interesting stations as well as being used to apply for operating awards.